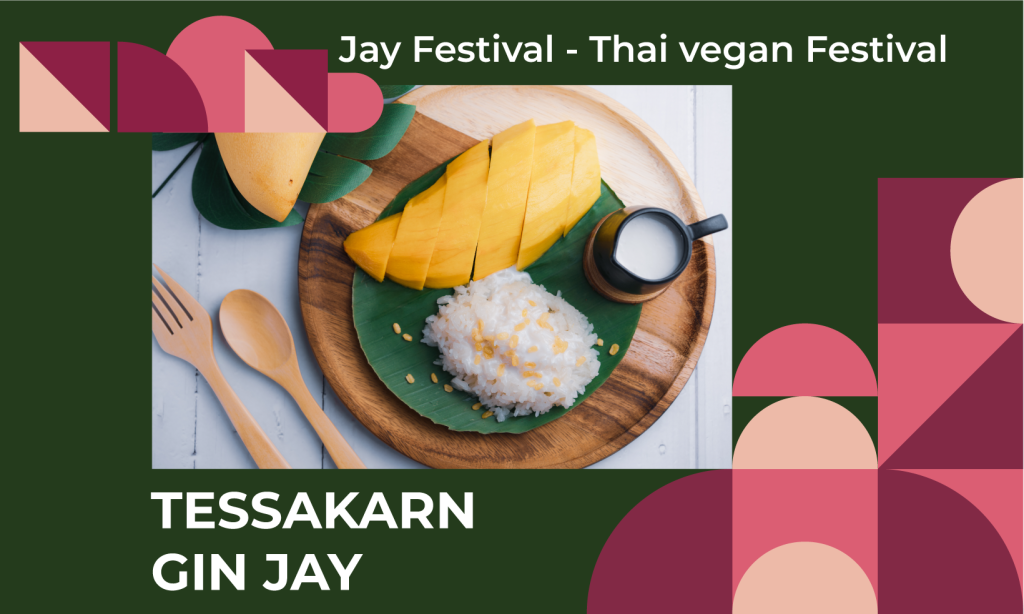 Among the many famous festivals in Thailand, เทศกาลกินเจ (Tessakarn Gin Jay) Vegan/Jay festival is the destination of foodies around the world. This 9-day long festival is held annually and is gaining popularity as more restaurants participate in offering vegan menus during the festival. This year the festival will be from 26th September – 4th October 2022, chosen based on the Chinese Lunar calendar.

The word “Jay” comes from the mandarin word “Jai” which means vegan food with no animal products and no pungent smell. The festival is also known as “The Nine Emperor Gods Festival”: a similar Taoist celebration across Southeast Asia. It is believed that the festival was introduced to Thailand by the Chinese immigrants since the 19th Century. Jay festival is celebrated throughout Thailand, especially in Bangkok and Phuket.

Phuket is one of the provinces that has a large community of oversea Chinese, hence it is where large celebrations can be seen throughout the 9-day period. It is believed that the Chinese immigrants who first came to Phuket as performers easily got ill from Phuket’s hot and humid climate, and mosquitoes. They decided to practice eating nothing but vegan food and to their surprise, all their illnesses were cured. Since then, the Jay festival has been a common ritual in Thailand for good health and prosperity.

There are many scientific reasons why eating more vegetables is good for you, including more dietary fibers, vitamins, and minerals. In addition to scientific reasonings, there are spiritual beliefs and old traditions that underlie why Jay festival is so popular among Thai people. Based on traditional Chinese medicine’s theory, meat products are considered as “Yang” or “foods with heating effects”. On the other hand, vegetables are “Yin” foods, or “foods with cooling effects”. Our health depends on the balance between “Yin” and “Yang”; hence a period of no-meat consumption can help cool down the body and promote good health.

Thai culture is intertwined with the belief in superstitions, ghosts, and spirits. Therefore, for every festival in Thailand, there is always a supernatural belief behind it. In this case, a vegan diet coincides with one of the Buddhist’s precepts of the commitment to abstain from killing living organisms. Therefore, it is believed that eating a vegan diet will bring good blessings and a peace of mind. Furthermore, after conducting such good deed, it is believed that your wish will come true!

Visit Phuket during the Jay festival to witness the famous mutilation performances, including tongue slashings, partial skinning and holding firecrackers with bare hands! This crazy ritual is performed to show respect and devotion to the gods. It is believed that if you have followed the Jay diet strictly, after completion of the 9-day period, you will be protected from harm. Therefore, these devotees are to prove that they can perform this ritualized mutilation “harmlessly” without any anaesthetic. They are believed to be possessed by the gods during the procession, hence why they do not feel any pain. Alternatively, for a calmer and less shocking experience, visit local shrines for free Jay meals, peaceful praying, and good blessings. 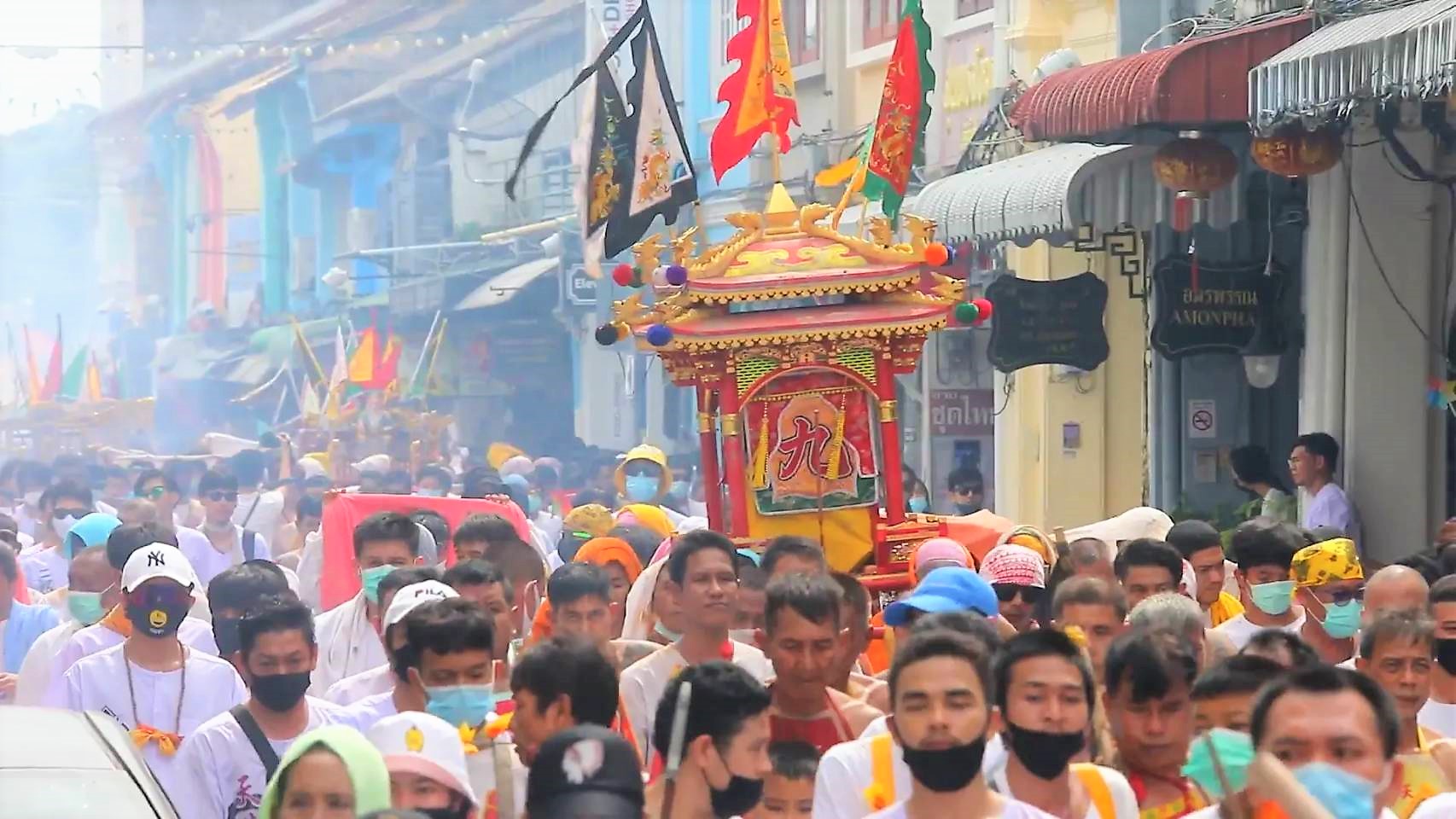 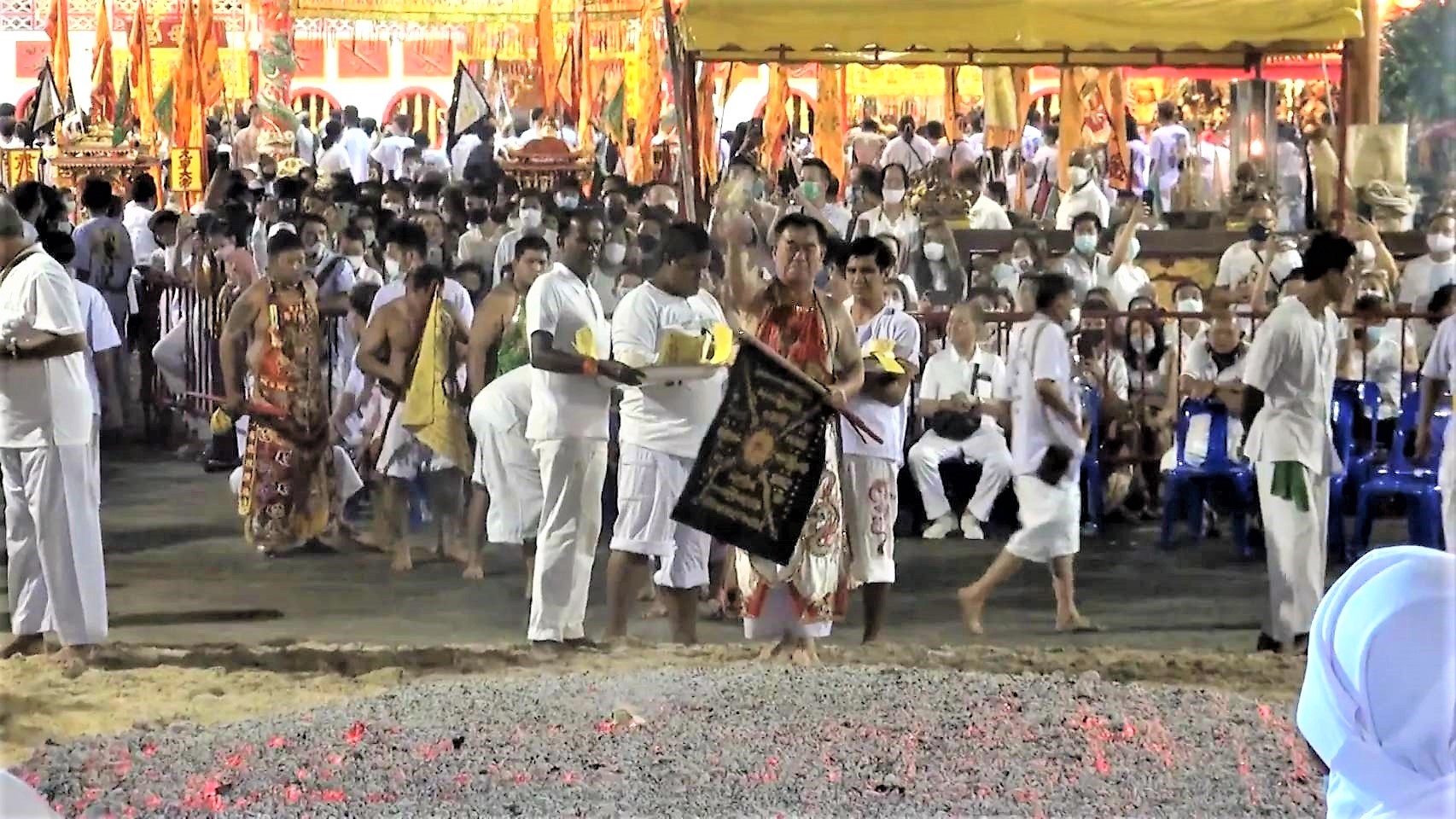 Fire walking event in Phuket for those who have completed the 9-day vegan-eating ritual. 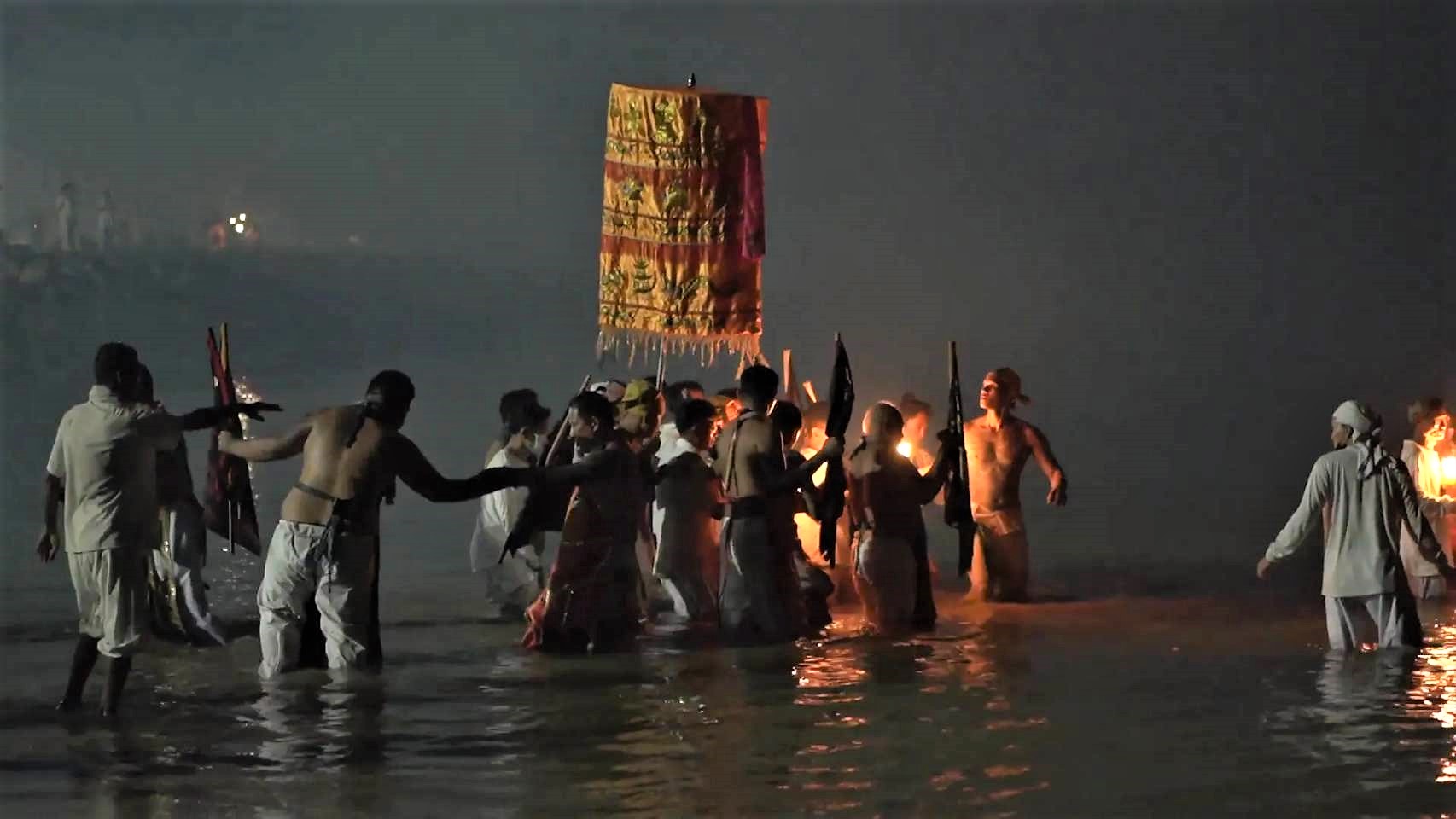 Procession into the sea at night to complete the Vegetarian Jay Festival.

Approximately, “Jay” diet can be explained as a vegan diet which is the diet that avoids exploiting animals and abstains from the use of animal products. However, Jay diet also avoids vegetables with pungent smell, such as garlic, onion, and chives. Additionally, foods with strong tastes are generally avoided, like those that are too spicy, too sweet, or too salty. Lastly, alcohol beverages are also forbidden in the Jay diet. For those who follow a strict Jay diet, cooking utensils and cutleries have to be separated from those used in non-Jay diet.

Recently, Jay festival has been gaining popularity with many restaurants offering Jay-version of their bestsellers, such as Jay chicken rice, Jay roasted pork, and even Jay steak! For the traditional Jay food experience, head down to Chinatown where you will find fried tofu, stir-fried noodles, and vegetable soup. Alternatively, visit any restaurant and ask for the Jay menu!

If you can’t make it to Thailand during the Jay festival, why not let us bring the festival to you with our “Jay festival” snack box!